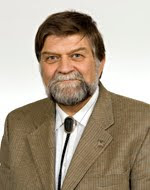 In a recent access to information (ATI) case in which a graduate student sought access to his personal information, the University made sustained but failed attempts over a period of two years to subvert the ATI law of Ontario.

The student, scholarship physics graduate student and elected University Senate member Joseph Hickey, has made the entire ordeal public on the web: HERE.

The released document shows that the University had no reasonable standing to argue that the document could not be released to the claimant. The University’s efforts in this direction appear to constitute either obstruction of justice or incompetence. Two lawyers were directly involved in this apparent cover up by making formal submissions to the IPC: Former VP-Governance Pamela Harrod and present University Legal Counsel Kathryn Prud’homme.

Indeed, to block the release of the document was to hide a gross (and illegal under labour law) violation of academic freedom, a foundational principle of universities in free and democratic societies.

Under academic freedom a university administration can in no way interfere with university research. Yet the document shows the dean of the Faculty of Science Andre E. Lalonde sending an email to the dean of the Faculty of Graduate and Postdoctoral Studies Gary Slater, to two University-hired corporate lawyers Andre Champagne and Lynn Harnden, and to the then VP-Governance Pamela Harrod stating (LINK):

The email also has VP-Academic Robert Major, the human resources boss Louise Page-Valin, and others in cc.

Note that Harrod was involved in BOTH the violation of academic freedom (and the student’s right to fair process without discrimination) AND the apparent attempted cover up with the IPC.

Such an intervention was unprecedented in physics professor Rancourt’s twenty-two-year academic career since:

(1) Rancourt was known for successfully changing scientific fields several times in his research career and was certified to supervise graduate students and postdoctoral researchers in both the Department of Physics and the Department of Earth Sciences.

(2) Rancourt had published (and been an invited conference speaker) in areas as diverse as nuclear spectroscopy, materials science, organic chemistry, soil science, metallurgy, magnetism, marine science, aquatic geochemistry, environmental nanoparticles, X-ray diffraction, and measurement theory, as both a theorist and a measurement scientist.

(3) Thanks to his scientific record, in 2000 Rancourt was awarded the largest Natural Sciences and Engineering Research Council (NSERC) Strategic Project Grant ever awarded at the University of Ottawa to lead a five-year project in lake environmental geochemistry and to supervise dozens of research students in the project, whereas he had never previously published in this area.

(4) Similarly, Rancourt had supervised a physics graduate research student in the area of “physics education”, having never at the time published in a peer-reviewed education journal. The physics student took courses out of faculty.

Rancourt had in February 2007 self-published (posted to the web) a damning scientific and societal/political critique of global warming science. The essay received some attention and criticism in the left media soon after its posting. His article has since catalyzed other studies and has been used in university courses.

Following this, Rancourt continued to research global warming science on his own and it was known that he had started conceiving graduate student research projects that would examine at the root the fundamental physical mechanisms behind such phenomena as an atmospheric greenhouse effect, radiative sublimation or melting of snow and ice, particulate effects on snow and ice radiation absorption, and the statistical and physical meaning of mean global temperature. (Recent articles HERE, HERE, HERE; and video interview HERE.)

It appears that the dean’s October 2008 vehement intervention was aimed at squashing Rancourt’s research plans in the area of global climate science by barring supervisions in this area. NSERC research funds are tied to supervisions of students.

Rancourt was then in December 2008 suspended from all his supervisory duties, trespassed from campus and handcuffed and arrested while still a Full tenured professor, and ultimately fired in April 2009 under the false pretext of having arbitrarily attributed high grades in one advanced physics course in the winter semester of 2008. (LINK-1, LINK-2)

Yesterday (September 21, 2010) Rancourt sued by filing a labour law grievance against the University of Ottawa and those involved: HERE.

In a recent labour arbitration (Professor David F. Noble vs. York University, Arbitrator Russell Goodfellow, 2007) the plaintiff was awarded $2,500. for a far more tenuous and minor violation of his academic freedom: The University had emitted a press release that did not name or defame the plaintiff (according to the ruling) and that only distanced the University from certain views that the plaintiff held. In the latter case, there was no direct assault on research freedom or harm to a student.
Posted by Denis Rancourt at 3:49 PM

This is astounding. Thank you for your diligent work in bringing forward these facts.

Allan Rock strikes again. Canada's universities have their own definition of 'free speech'.

Truth will out, and may justice prevail. Beyond your unfortunate personal difficulties, the integrity of the university has obviously been compromised.