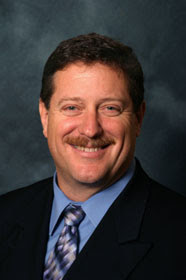 You do what you have to do when it comes to suppressing the political freedoms of students.

Two physics graduate students at the University of Ottawa recently made the mistake of expressing their views regarding the pedagogical value of an activism course in the Faculty of Science.

Severin Stojanovic argued as a Faculty Council member that the possible creation of a second-year level activism course (SCI 2101) should be discussed at Council whereas Jean-Paul Prévost, having attended the first-year course (SCI 1101), explained the value of these courses to staff and student colleagues.

That was too much for several science professors who blasted the students. A certain professor Vladimir Pestov went so far as to ask the physics graduate chairman (now department chair Bela Joos) to bar the students from using faculty email lists and to consider ways that a case could be mounted to expel Prévost from the PhD program.

Simon, in turn, came down hard. He informed each student that he had received several complaints (in the plural) about their uses of university computer resources. He stated that their actions were in violation of the User Code of Conduct for Computer Resources, implying that they had been spamming the academy. He informed them both (individually) that if he received a single other complaint he would automatically cut them off from all computer resources.

The students individually responded by asking to see the complaints that justified such a severe reaction from a VP, no less. One of the students also independently filed a Freedom of Information request to obtain the complaints.

Simon proceeded to play a game of cat and mouse, showing only one partial complaint to each student and, eventually, after the Freedom of Information documents were obtained, reluctantly forked over everything he had.

In the final analysis, VP Simon had lied to both students about the number of complaints: There was only one document per student and none was a complaint made to his office. And he had falsified one of the interim documents, removing the Pestov attempt at collusion with Joos (to expel Prévost), presumably because Pestov’s words both incriminated two professors and made the student “violations” look insignificant in comparison…

All in a days work. Can’t have the societal implications of science discussed in the Faculty of Science: That would be subversive and counter productive.

The dedication of self-appointed university executives, willing to take the risks necessary to preserve “academic integrity”, is sometimes the strongest testament to the vitality of our public institutions of higher learning.

Epilogue: There is no policy at the University of Ottawa that protects students from intimidation by deans or executive officers – It is assumed not to occur. Meanwhile, the official complaints against the many professors who took it onto themselves to harass and intimidate the students for their communications are being deflected and resisted by both the dean of science and the dean of graduate studies (Gary Slater), while President Gilles Patry watches on.

The links to the students' articles don't work.