Politics and ethics are not physics – say U of O physicists 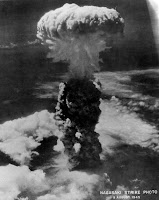 Physics professor Denis Rancourt was assigned to teach the 4th-year physics project course (PHY 4006) this fall. Each physics professor individually supervises one or more such projects in one of his (rarely her) areas of research.

Rancourt proposed the topic “Politics and ethics in the physics profession”, corresponding to one of his research areas.

Well, this caused quite a stir.

Although a professor’s topic selection has never previously been questioned, the project course coordinator, Professor Peter Piercy, decided that he could not decide and gave it to the Departmental Curriculum Committee (DCC).

Rancourt pointed out to the then chairman, Professor Richard Hodgson (retired in June), that the DCC did not have jurisdiction over course deliveries by individual professors. Nonetheless, the chairman scheduled a meeting to discuss Rancourt’s project. The DCC was split and decided it could not decide. Its members recommended that the question be brought to Departmental Council.

Rancourt pointed out to the new chairman, Professor Bela Joos, that the Departmental Council also did not have jurisdiction over an individual professor’s course delivery, because of a thing called rights, responsibilities, and academic freedom.

Joos agreed that neither the DCC nor the Departmental Council had jurisdiction here, but then argued, as follows, that all professors who teach PHY 4006 needed to approve Rancourt’s project:

“The proposed project is neither physics nor science, so is not, in my opinion, acceptable. PHY4006 is the collective responsibility of Physics Faculty members. We have to ensure that the course fulfills its mission, that the projects are of comparable value and level of difficulty, and that the evaluation is fair. So, if a contentious project is proposed, we, as a group have to make a decision on it.”

Rancourt then pointed out to chairman Joos that this was a load of crock that had nothing to do with the Collective Agreement or established academic rules and that courses don’t have unwritten “missions” (see long version elsewhere).

“I stand by my earlier comments. PHY4006 Physics Research Project is a physics course in a Faculty of Science. It is common sense then that the project has to be physics, as a discipline of science and not social science. […] The course title says it all. The course description simply specifies that it has to be a project in a research group within the department as opposed to anywhere else in Ottawa or the country. Finally, your approach is not collegial. This is group teaching.”

Rancourt next appealed to the dean of the Faculty of Science, Dr. André Lalonde, so that the dean might remind the chairman of this thing academic freedom and the rules and all that.

The dean only answered after being confronted in a meeting to do so, and his written reply was clear enough: “I support the opinion of the Chair of the Department.” The dean also repeated the stuff about this being a physics course, despite there being no such “physics content” restrictions in the rules.

Most science and technology schools see a benefit to their graduates having been exposed to professional ethics and the social impacts of their work. No such course exists in the physics curriculum at U of O.

Rancourt has filed a grievance against the U of O in order to rectify his removal from PHY 4006. The letter of the grievance is posted HERE and the full grievance with letter and supporting documents (84 pages) is posted HERE.

Rancourt informed members of the physics department about the grievance. Professor James Harden responded to all physics professors this way:

“Denis, The tone of this sounds like do things my way or there will be a lot of trouble for everyone. The closing comment "I hope this helps us to reconsider and discuss these important issues" assumes that your pet issues are automatically "important" to all. Many don't feel that way. Moreover, this sort of confrontational approach to the situation strikes me as distinctly selfish and lacking collegiality. Just my opinion. Jim”.

All other physics professors were silent.

READ THE FULL DETAILS IN ALL THEIR GLORY HERE.

Afterthought: A little birdie told UofOWatch that if Rancourt’s project had been “Military technology and weapons systems” (PACS 89.20.Dd) then the chairman and dean would not have had to “ensure that the course fulfills its mission”.

.
WEB ROT RECOVERY
Faculty of Science dean: Andre E. Lalonde
RELATED LINKS
Are Physicists Smart? 80% of physicists work for the military
Chomsky on the technical intelligentsia
Noble on peer review
Posted by Denis Rancourt at 5:39 PM No comments: Links to this post

U of O President confirms that VP-Resources lied and falsified, and agrees 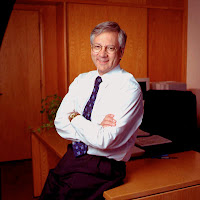 The UofOWatch entry of July 21st described a mean-spirited affair in which U of O’s VP-Resources Victor Simon lied and falsified a document in attempting to justify his illegitimate reprimands and threats to two students who had dared to express their views on an academic matter, using campus email lists.

The students next individually wrote to President Gilles Patry to complain and to ask for reparations (rescinding the threats, apologies, etc.).

In his answers, the President states that Simon indeed removed a paragraph from a document (that the student was entitled to see in its entirety under the Freedom of Information Act of Ontario). The President confirms that Simon did this without informing the student. The President goes on to “explain” that this was justified because the paragraph in question was not something the university wanted to act upon…

The President put it this way: “The University did not consider taking any action regarding the final paragraph of the complainant’s email and it was on this basis that Mr. Simon did not include that information”.

The paragraph in question is highly incriminating for its author, Professor Vladimir Pestov, who suggests fabricating a case to remove student Jean-Paul Prévost from his PhD program of study, following the student’s first and only communication on an academic matter to a relevant academic unit email list. The paragraph in question de-legitimizes Pestov’s message and damages the credibility of his motives. Contrary to the President’s statement, it is entirely “relevant to the allegations concerning [your] misuse of University resources.”

The President concludes “I am satisfied that this matter was dealt with appropriately.”

The President also states to both students that he “has decided that the letter [Simon’s unfounded letters of reprimand and threat] is entirely appropriate and I will not take steps to retract it.” The President thereby goes on the record to condone and reinforce Simon’s original intimidation and harassment, and copies Simon to the entire exchange.

That’s how University Inc. (universities are legal corporations not answerable to the Ministry of Education) is run: By an unelected corporate executive that in practice answers to no one and that makes day to day self-preserving decisions about students’ lives without an oversight committee or an appeal process. There is no independent ombudsperson on campus and there is no policy that admits that the executives can mistreat students.

But it’s not over until the fat lady sings.

Epilogue: This means that, as it stands, both students are effectively barred from using the academic email lists for their legitimate committee work and collegial participation in university affairs, to the extent that their views will not be acceptable to the first enlightened academic who will scream “spam attack”.

[Photo credit: University of Ottawa]
Posted by Denis Rancourt at 7:37 PM No comments: Links to this post