As I have gotten to know the institutional side of the present dean of the Faculty of Science at the University of Ottawa, I have developed the opinion that the artist depiction featured below is not far from the truth.

We cannot know how the institution will react to the use of academic freedom until someone uses academic freedom. Only then do we see what deans stand for and the true meaning of our eloquent institutional statements of principle.

In light of the Rancourt case, the University of Ottawa should consider being as straightforward as is this stencil art in its communications – in the interest of transparency and responsibility to the public. 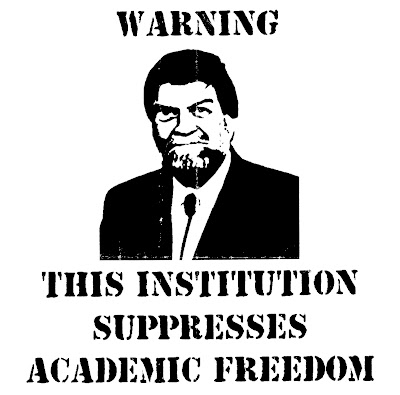 Posted by Denis Rancourt at 8:46 PM No comments: Links to this post

The power of a public letter - Feldthusen on rape case 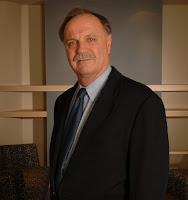 At 11:53AM graduate student in law Mireille Gervais wrote an open letter demanding that former VP and dean of the Faculty of Law (University of Ottawa) Bruce Feldthusen retract his statements recently reported in the media. See Gervais’ email below.
..
At 3:01PM Feldthusen made a public retraction. See Feldthusen’s email below.
..
Feldthusen appears to be claiming that he provided his opinion on current legal practice to a reporter without inquiring or being informed about the context of the reporter’s interest. The reporter would have then concocted the piece that clearly has Feldthusen commenting on the violent rape case in question: LINK to media article.
..
It appears that either Feldhusen is misrepresenting his interview with the reporter or that the reporter (Ottawa Citizen, CanWest) is rather creative in her transmission of the facts: “Much of the university's statement of defence is standard legal language, said Bruce Feldthusen, dean of law at the University of Ottawa …” (LINK to media article.)
..
In the latter case, we can trust that Citizen Publisher Jim Orban (and BOG member, University of Ottawa) will make any needed corrections to in-house journalistic practice and to the public record.
..
[Photo credit: University of Ottawa; Bruce Feldthusen.]
..
..
From: Mireille Gervais
Sent: August 12, 2009 11:53 AM
To: Bruce Feldthusen
Cc: roseann_runte[at]carleton.ca; Allan Rock; jorban[at]thecitizen.canwest.com; wrc[at]sfuo.ca; womyns_centre[at]cusaonline.com
..
Subject: Faculty of Law Dean Feldthusen must retract legitimization of rape victim blaming
..
Ottawa
August 12, 2009
..
Bruce Feldthusen
Dean
Faculty of Common Law
University of Ottawa
..
RE: Your Comments In Ottawa Citizen Article on Carleton University Rape Victim Lawsuit
..
Dean Feldthusen,
..
You were cited in a Saturday August 8, 2009, Ottawa Citizen article (Carleton Accused of ‘Victim Blaming’) regarding your opinions on the lawsuit involving the brutal August 2007 campus rape of a female student at Carleton University. Carleton University’s statement of defense claims that the victim failed to keep a ‘proper lookout’ and that the victim did not take sufficient steps to ensure her own safety.
..
You were quoted as saying “pleadings are pleadings, and everybody is obligated to overstate their case at the pleadings stage.” Contrary to your inexcusable position, when a woman is attacked and raped while in her workspace on a university campus, her face smashed to the floor repeatedly necessitating serious medical attention, to blame her for not having kept the ‘proper lookout’ is not to overstate a defense, it is victim blaming in a most vile form and a shameful attempt at making women responsible for rape.
..
You go on to state that “there's a case, I think, where the legal culture is just a little different from what people think.” This type of elitist logic cannot be justified in our legalistic world where so few can afford legal representation. If the legal culture is one where it is legitimate to fabricate arguments in a way that reinforces the worst sexist stereotypes and assigns the blame for violent attacks squarely on the victims, then there is something profoundly wrong with the legal profession as you profess it.
..
As both an alumnus of and a graduate student at the University of Ottawa’s Faculty of Law, I am outraged that an official from the University would attempt to pass off Carleton University’s pleadings as normal, healthy, and ethical.
..
In light of the seriousness of the circumstances, I believe that at the very least a retraction of your statements is necessary to show that the University of Ottawa’s Faculty of Law does not condone Carleton University’s unacceptable position.
..
Mireille Gervais LL.L
Graduate Student in Law (Social Justice Concentration)
..
cc. Roseann O’Reilly Runte, President, Carleton University
Allan Rock, President, University of Ottawa
Jim Orban, Publisher, The Ottawa Citizen
Amy Hammett, Women’s Resource Centre, University of Ottawa
Kandace Price, Womyn’s Centre, Carleton University
Media and made public
..
..
From: Bruce Feldthusen
Date: Wed, Aug 12, 2009 at 3:01 PM
Subject: RE: Faculty of Law Dean Feldthusen must retract legitimization of rape victim blaming
To: Mireille Gervais
Cc: roseann_runte[at]carleton.ca, Allan Rock
..
Dear All,
..
It is true that I was interviewed by a reporter at the Ottawa Citizen and portions of that interview were later quoted in the Citizen on Saturday August 8. During the interview I expressed no opinion whatsoever about a particular sexual assault that had occurred at Carleton University, nor about the lawsuit arising from that sexual assault. I know nothing whatsoever about that case. To her credit, the reporter did not ask me to comment upon a case before the courts Nor did I discuss civil claims and defenses arising from sexual assault in particular. The interview dealt with civil procedure in damage claims generally. I discussed the difference between statements that appear in legal pleadings and statements proven in evidence. I was not asked, and I did not make any comments about the present state of the law as it affects victims of sexual assault. On that subject, my published work speaks for itself.
..
Saturday August 8, 2009, Ottawa Citizen article (Carleton Accused of ‘Victim Blaming’)
..
Bruce Feldthusen
Doyen/Dean Common Law
Faculté de Droit/Faculty of Law
Université d'Ottawa/University of Ottawa
57 Louis Pasteur
Ottawa ON K1N 6N5
Canada
613-562-5927
Posted by Denis Rancourt at 9:27 AM 3 comments: Links to this post

U of O’s discovery of instant psychological evaluations: Mineralogist dean wants all the credit 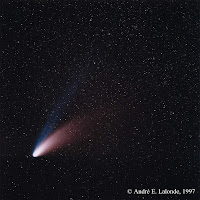 Recall that back in 2007 the University of Ottawa’s dean of the Faculty of Science André E. Lalonde, who is a mineralogist by training, made a fundamental advance in labour management by spontaneously developing a capacity for instant psychological evaluations of his academic staff [LINK].
..
Such progress in management methods can only be of use to society at large if it is shared into the public domain so that other managers can learn these skills. Therefore, UofOWatch investigated this development in human knowledge by making an access to information (ATI) request on April 30, 2008, to identify all records (emails, letters, notes, reports, etc.) related in the broad sense to the dean’s September 6, 2007, LETTER [LINK].
..
The University was obliged by law to search for the requested records and to provide them within 30 days. The University replied on May 15, 2008, that “Access is denied to your request since no such records exist.”
..
UofOWatch appealed the University’s denial of access to the Information and Privacy Commissioner (IPC) of Ontario on June 4, 2008. The appeal was accepted and the case went into mediation. Mediation lasted more than one year and was terminated with the Mediation Report. On July 30, 2009, the case was then moved to adjudication.
..
It is the position of UofOWatch that any “mediation privilege” should not be used as a pretext to prevent unethical or illegal behaviours of institutions from being disclosed.
..
As is shown in the Mediator’s Report and supporting documents (available to media and investigators on request), during mediation the University, in the person of Pamela Harrod, first reaffirmed its position that “no records exist.”
.. 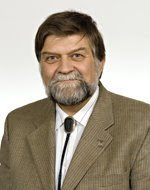 The University informed the Mediator that the dean had initiated the LETTER on his own initiative and based entirely on informal verbal conversations with one or more colleagues in the hallways or in his office: The dean had no respondent records.
..
At this point, the University also informed the Mediator that it was prepared to ask the dean to state his position in an affidavit.
..
Wow. Taken at face value, this means that the dean had discovered a way to single-handedly perform a psychological evaluation based entirely on hearsay, of sufficient reliability to write a formal letter insinuating a mental health problem. [From a statistical perspective, given the nature of hallway conversations in academia, the dean presumably would have sent out many such letters?]
..
However, it was not that simple.
..
UofOWatch then asked the Mediator to indeed secure the proposed affidavit and to also secure affidavits of non-involvement from those that the dean might have consulted, such as Pamela Harrod (VP-Governance), Legal Counsel, Robert Major (VP-Academic), and Louise Pagé-Valin (Human Resources). The Mediator also transmitted a list of thirteen University offices where respondent records might be found.
..
At this point, the University refused to provide any affidavits and instead provided an index of eleven respondent records that it now mysteriously found, some four months into the process.
..
The University has refused to provide the records themselves but the index shows that the records are emails between the dean, Major, Michelle Flaherty (Legal Counsel), Pagé-Valin, and others, exchanged mainly during June and July 2007, in obvious preparation for the September 6, 2007, LETTER. Several exchanges have the index subject line “A different tact?”
..
Since Legal Counsel Flaherty is involved in virtually all the emails, it is difficult to understand how her immediate supervisor Pamela Harrod could repeatedly report in the name of the University that “no such records exist,” while required by law to search for and produce all records within 30 days.
..
Oh my my, so the dean, although he does not like to admit it, needs at least a lawyer and his immediate supervisor the VP-Academic to accomplish his feat of psychoanalysis? What is most surprising is the length to which the University is prepared to go in order to not disclose its secret of newfound management abilities.
..
It appears that the dean was prepared to lie to cover the whole mess, but that asking everyone involved to lie under oath (in affidavits) was too much.
..
The next questions are:
..
And finally, will those involved in subverting the ATI law in Ontario (FIPPA) suffer any consequences?
..
[Photo credits: Andre E. Lalonde, comet; University of Ottawa, Andre E. Lalonde.]
Posted by Denis Rancourt at 1:55 PM No comments: Links to this post