U of O’s Patry weighs in to defend academic freedom 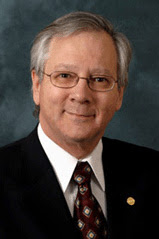 Orwell would be proud…

No U of O president has ever made a public statement to denounce Israel’s immoral and brutal (now 40-year) occupation of Palestine – a strangle-hold that can only be characterized as a genocidal impoundment under severe economic and civil liberty restrictions, including regular military violence against civilians and state-sanctioned political executions; not too unlike Canada’s own treatment of indigenous peoples, that has also not been denounced by U of O presidents.

Indeed, university presidents in these times rarely take stands of principle but mainly promote an institutional image and congratulate their corporate donors.

Yet U of O’s President Gilles Patry recently felt compelled to speak out against the threat to academic freedom posed by a UK University and College Union (UCU) resolution to encourage and study a possible boycott of Israeli universities.

Patry has hauled out the convenient myth that tenured professors, by virtue of their academic freedom, naturally fight injustice and side with the oppressed. It follows, in Patry’s fairy tale scenario, that limiting academic freedom of association and collaboration (not of research and expression) with a boycott would only hinder progression to a more just world.

This is analogous to arguing that, given the myth of economic trickledown, the economic boycott of South Africa only frustrated an inevitable progression towards more democracy.

Notable exceptions notwithstanding, academics serve and legitimize power, are true to their class, and make students into obedient employees that accept and defend the logic of systemic oppression. This is what makes the UCU and its resolution so extraordinary. (It must have been hijacked by activists, as apologists have explained. Or maybe it’s the ‘Colleges’ component?)

Media bias and U of O’s affiliation with CanWest notwithstanding, Patry’s statement is either ignorant or disingenuous and politically motivated. I believe it is mostly the latter, in which case it will not matter to its author that it is wrong. If there is a movement in North America for university executives to denounce the UCU then to not join this movement is to invite Israeli lobby contempt. To join is to make points with the Israeli lobby and its parliamentary allies. 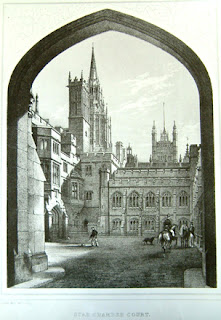 The dean of the Faculty of Science, University of Ottawa, Dr. André Lalonde, called Professor Denis Rancourt, to a forced June 20th disciplinary meeting, under the threat of dismissal.

The professor was convened under the Star Chamber paragraph (39.4.2.1) of the Collective Agreement. This type of meeting is on-the-record; a professor is bound to answer all questions, and the answers can be used against her.

Normally, this emergency mechanism is used only for grave acts or omissions such as related to sexual harassment. In this case, the professor is suspected of intending to offer a course, on his own time, that hundreds of students want but that the administration has removed from the professor’s workload.

The charge, therefore, is insubordination.

The meeting was cancelled by the dean before its official start, after 45 minutes of intense negotiation, because Professor Rancourt would not sign away his right to tape record the meeting. The meeting has the full force of labour law where all on-the-record proceedings are public.

Bad habits are hard to break: Dean Lalonde has also recently cancelled a public Faculty Council meeting, after two minutes of proceedings, because community members would not stop “harassing” the tenured and publicly-funded council members by taping the proceedings. Three community members present have since been served with trespass notices informing them that they will be prosecuted if found on university property in the future.

To be continued…
Posted by Denis Rancourt at 8:20 PM No comments: Links to this post

Allergic reaction to activism in the Faculty of Science, University of Ottawa 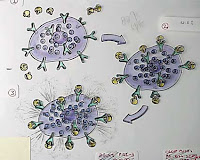 “A vital lesson of the last century is that it is dangerous for scientists to focus exclusively on their technical work and leave it to others to decide the associated moral and political issues.” (Jeff Schmidt, author of Disciplined Minds.) Science professors at the University of Ottawa have not learned this lesson.

Although a first-year-level Science in Society course was created in 2006 (after an 11-month and 16-committee meeting battle) it has now been removed from the professor who developed it, under the pretence that “it did not follow the curriculum.”

Those involved in the battle to save the course know that the real reason is that the course was critical of both the role of corporate science in society and the role of the corporate university in sustaining the present technology-based economy of global exploitation. Those involved know that the real reason is that proposed solutions included activism and resistance rather than servitude and compliance.

In the Faculty of Science at the University of Ottawa one cannot teach independent thinking or the virtues of opposing power. That science serves power is the only allowed lesson.

This unwritten law of corporate science education is being most clearly illustrated in the present battle to create a second-year-level Science, Activism, and Society course, supported by a petition of 300 students and community members (1% of the student population).

After the Undergraduate Program Committee (Science) trashed the course without offering any rational explanations or any feedback to the professor proposing the new course, beyond asking him to retract his request, a student Faculty Council member tried to advance it as an agenda item for Faculty Council (Science).

The dean of the faculty promptly vetoed the agenda item, thereby breaking the Faculty’s own By-Laws. When the student member objected, citing the By-Laws, he was intimidated and rebuked, giving rise to official complaints of unethical behaviour against fourteen professors to date.

Another student was intimidated and directly threatened when he met one-on-one with the Secretary of the Faculty (Science) who had offered to clarify the dean’s procedural “justification” for the veto.

Yet another student suffered a similar fate when he wrote a public letter of support for the Science in Society project. Records appear to show that two professors conspired to attempt to have this student removed from the PhD program for his crime.

To date, two Faculty Council meetings have been closed down by a dean who refuses to hear student and community member concerns. On April 5th the Council room was cleared using security guards after only 20 minutes of deliberation. On May 22nd the dean shut down the Council meeting after only two minutes because observers refused to stop videotaping the public proceedings. Both events were reported in the Ottawa Sun newspaper.

Student Faculty Council member, Severin Stojanovic, is filling a judicial review of the broken rules next week, given that the VP-Academic and the President have officially sided with the dean’s illegal veto. Notably, the illegal agenda was also “democratically” approved by eager-to-serve Faculty Council members (35 for, 1 against) at the April 5th meeting.

That’s a lot of resistance for a simple agenda item that would have opened the floor to “discussing the possibility of a second-year-level Science, Activism, and Society course…”

Science professors at the University of Ottawa have not learned the lesson and appear not to have studied history, but they continue to be treated to an excellent example of science, activism, and society. There is hope.
Posted by Denis Rancourt at 9:20 PM 11 comments: Links to this post

Responsible Intervention versus Executive Incompetence in the Faculty of Science

Fifty-two of the 150 or so professors in the Faculty of Science at the University of Ottawa have taken things into their own hands and signed a letter to the dean signalling alleged abuses of professional behaviour perpetrated by professor of physics Denis Rancourt, such as:

-“harassing his colleagues with unsolicited open letters,”
-“undermining [the] climate of freedom, responsibility and mutual respect […] of the university […] for nearly two years,”
-“being counterproductive ‘in promoting and enhancing the University’,”
-“hindering and impeding the proper democratic functioning of the Faculty,”
-“constantly distorting the facts when he presents them,”
-“knowingly turning [assigned courses] into courses which do not accomplish their initially intended functions,” and
-“[showing] no regard for the academic freedom of others, as he deliberately defies the measures adopted democratically by his peers.”

The original letter of complaint is posted HERE. (It’s worth the read.)

The Dean of the Faculty of Science, André Lalonde, promptly initiated a formal disciplinary investigation, since he is bound by duty to do so when presented with such compelling evidence of wrong doing.

Why did the dean not notice these grave breaches in professional behaviour, occurring during two years, until one third of the professorial staff needed to risk speaking out and spell them out in writing? What of the harm done to students in that period?

What about the other two thirds? Were they not harassed by the open letters? Have they not been reading the CANWEST editorials? Are they being so irresponsible as to not take action to preserve the ‘academic integrity’ of their Faculty?

Why did these 52 colleagues of Rancourt write this letter anonymously and under the cover of a formal complaint? Is tenure not enough protection to express one’s criticisms directly? Should additional safeguards be developed?

The dean feels compelled to preserve the identities of the 52 professors making their legitimate effort to improve the functioning of the university. How can the community celebrate the contributions of these brave professors to protecting student welfare if these professors are not identified?

U of O Watch will report the evolution of this dossier, using advanced investigative techniques, and will continue to attempt to answer these questions…

End note: The students who suffered Prof. Rancourt’s “courses which do not accomplish their initially intended functions” had THIS TO SAY, AND THIS, AND THIS, AND THIS.
Posted by Denis Rancourt at 10:16 PM 4 comments: Links to this post