A good day for transparency and public accountability 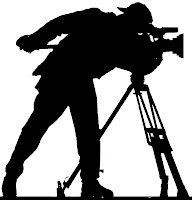 Today, May 2, 2011, was the first day of binding arbitration hearings in Rancourt's union (APUO) vs University of Ottawa, re: Rancourt's 2009 dismissal.

Approximately thirty members of the public and media representatives were present for the hearing (media link).

This means that the full hearings will be open to the public and to the media.

In the past, the university has been camera shy at labour arbitration hearings, has argued against audio-visual recording, and has been known to leave the room to avoid being photographed (LINK) and to request that its pictures be removed from this blog (LINK). Not in this hearing. The cameras clicked and the videos rolled during the entire session.

Another victory was also easily won, regarding "discoveries". Discovery is the legal obligation to disclose all relevant documents before hearing the legal arguments.

The University had previously argued to the Ontario Labour Relations Board (OLRB) that it would oppose a broad discovery process (HERE, page-13, point-13):

"[It is] submitted that the Applicant is not entitled to an order for document disclosure in preparation for arbitration because such remedy would result in irreparable harm to the Responding Party. Furthermore, the balance of harm favours a refusal of such remedy on an interim basis. If the documents were disclosed now that would effectively decide the issue of document disclosure. However, there would be no harm or prejudice to the Applicant if he had to wait intil after the ULP Application was determined for disclosure and/or until an arbitrator considered the issue of document disclosure at arbitration."

In fact, the arbitrator did not need to "consider the issue" because the university backed down and had already agreed with the union side before the hearing started that a proper document disclosure of "all arguably relevant documents" was acceptable. A full disclosure process is therefore in effect.

Somewhat disturbingly, at the hearing Harnden announced that the university would seek to use "post-dismissal evidence" both to justify its dismissal of Rancourt and to argue that even if Rancourt's dismissal was found to be not warranted that his reinstatement would nonetheless need to be "assessed".

Harnden further explained that the university would seek special "enriched" guarantees or constraints regarding "exclusion of witnesses." Both sides agreed that the latter arguments for and against such "enrichment" would be made in writing to the arbitrator.

When McGee clarified that the latter written submissions would - like the hearing itself - be public, Harnden replied that he would "take this under advisement", which means that he does not agree and that the public nature of the legal arguments may need to be ordered by the arbitrator before he complies.

It will be interesting to learn which "conduct" the university views as worthy of such consideration that would bar a tenured professor from campus allegedly for applying a new teaching method in one advanced physics course in his research area of expertize.

We hope that Mr. Harnden's intent is not to block or constrain the publication of the present blog.


Rancourt accused of "arranging" for videographer to film Harnden's laptop:

Rancourt would like to affirm that he did not and does not "arrange" Peter Biesterfeld or any other videographer or media person and that he does not wish to see what is on Lynn Harnden's laptop.

so far so good.. wishing you the best of luck!

I'm not following this notion of "post dismissal evidence"? The university fires you on highly questionable and trumped up grounds and now, after the fact, university lawyers are looking at evidence after you were fired to justify why you were fired? That sends an additional level of tenure chill through the university. Tenure becomes redundant if administrators can pluck any fully tenured professor out of the ranks and then justify their decision later. It's great to see a higher degree of transparency; I know transparency and openness are new and radical for university administrators at this public institution! The paranoia of the university still is present with the bizarre charges of videotaping a laptop.... the silliness continues. Congratulations, Denis, on a positive first hearing!!!

Thanks for the report. It sounds encouraging. I along with other Profs (anonymous ... yes this University is not a comfortable place for openly taking a stand at odds with the status-quo) are pulling for you.

My relatives are applying to universities.

I gave them this story about the U of O . . . they were flabbergasted.

Needless to say, I shan't be visiting them in Ottawa.