Report on IPC in Rancourt case: Dean lied to cover up 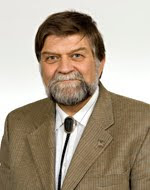 The Denis Rancourt case at the University of Ottawa (Ottawa, Canada) is a major ongoing academic freedom case being presently investigated by a Canadian Association of University Teachers (CAUT) Independent Committee of Inquiry and expected to go before the courts as a significant labour dispute. [LINK]

The case has been covered by national and local media in both Canada and the US (New York Times -twice, Globe and Mail -twice, National Post, CBC radio The Current, TV Ontario). [LINK]

On September 29, 2010, the Information and Privacy Commissioner (IPC) of Ontario issued a decision in a notable access to information (ATI) case involving Rancourt and Rancourt has written a report about the matter: HERE.

These machinations of the U of O administration are only the latest example of an event in the administrative mobbing of Rancourt described in the independent report by academic workplace expert Professor Kenneth Westhues: LINK.


CONCLUDING HIGHLIGHTS FROM THE REPORT

Rancourt's report is based on several original documents now made public. Concluding highlighs from the report are as follows.

"Beyond demonstrating that the Dean of the Faculty of Science is ethically challenged, this case shows that the Dean, the VP-Academic and Legal Counsel conspired to send a dubious letter questioning a dissident professor’s ‘physical and mental well-being’ based on no record other than communications between themselves and bosses at human resources."

(1) Lalonde lied about the records during the formal IPC mediation step;

(2) Lalonde or his staff meticulously removed at least six records from his office computers and files; and

(3) Lalonde lied in affidavit [5] apparently to cover up his first lies about the records and his removal of records." 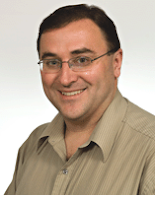 "The only grievance filed against a professor was a grievance filed by Rancourt against then Chairman of the Department of Chemistry Alain St-Amant for “harassment” and “derogatory and threatening behaviour” [6]. The latter grievance was filed on January 3, 2007 [6].

The only discipline in this matter would have been possible discipline of Alain St-Amant and the resulting order from the dean to St-Amant to stop his unacceptable behaviour [7].

Therefore, it appears that the University was using the problem of St-Amant’s behaviour as its pretext for sending its dubious letter of September 6, 2007, to Rancourt, without providing Rancourt with any indication to this effect."

CRITICISMS FOR THE IPC

Rancourt leveled several criticisms towards the IPC Adjudicator and the IPC herself. One example is a s follows: